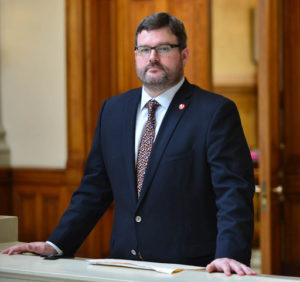 Steve Butler has established himself as a key player in both legislative and electoral politics in Georgia. Butler has demonstrated the ability to produce results in several capacities, including External Affairs Specialist for Georgia Department of Education, Government Affairs Director for Grady Memorial Hospital, Southeastern Director of Government Affairs for DaVita and Chief of Staff for the Chairman of Fulton County. Since 2004 he has served as president of Connect Public Relations (CPR). CPR  is a full-service public relations firm in the areas of government affairs, public affairs, media consulting and policy development. CPR has extensive experience in healthcare, transportation, public safety, education, energy and local government issues.
CPR represented Grady Health System during its historic turnaround from 2009 to 2011.  Butler’s efforts helped increase Grady’s bottom line by over $60 million in a three-year period. In 2010, Grady was “in the black” for the first time in many years due to the efforts of CPR and the entire Grady team. CPR has also represented the Mayo Clinic, Piedmont Healthcare, DaVita, National Alliance on Mental Illness, and Generic Pharmaceuticals. Butler started his lobbying career in 2002 at the Georgia Department of Education and remains active in the education community. CPR has represented McGraw-Hill and the fastest growing education company in the U.S., Curriculum Associates.
CPR also specializes in creating and managing advocacy groups to impact policy. Some of our successes include Georgians for Immigration Reform, Georgia Energy Forum, and Conservatives for Clean Energy. We specialize in connecting policy makers, advocacy champions and the media to create a winning synergy. Our philosophy is to build coalitions that win! 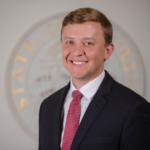 Before joining Connect Public Relations as Senior Vice President, Tyler Adams was a veteran of two Republican administrations, Governor Nathan Deal and Governor Brian Kemp. In his most recent position, Adams served as Policy Advisor for Governor Kemp. In this capacity, Adams played a key leadership role in legislative issues regarding transportation, economic development, broadband, energy, regulated industries and natural resources. Adams also worked with both governors in the allocation of federal dollars issued to Georgia for various purposes.

Adams started his career in former House Rules Chairman John Meadows’ office before working with a lobbying firm for three years. He holds an undergraduate degree in Political Science from Georgia College and a master’s degree in Public Policy from Georgia State. Adams grew up in Monroe, Georgia. He also earned the rank of Eagle Scout.